Share a memory
Obituary & Services
Tribute Wall
Read more about the life story of Gene Ritter and share your memory.

Born February 28, 1940, in Bamberg, South Carolina, he was a son of the late Otis and Reather Padgett Lyons.  He served faithfully in the United States Army.  He was the owner and operator of Gene’s Dry Wall Service and his legacy will live as long as the houses he rocked still stand.  Named after his daddy’s favorite cowboys, Gene Autry and Tex Ritter, he was a fierce fisherman who was feared by Sheepshead.  As a viticulturist, his grapevines were the envy of all the other growers.  He was an avid gardener, he loved growing the best field peas and collards anybody could want.  His camellias, azaleas, and century roses were his pride and joy.

A Celebration of Life ceremony will be held at noon on Saturday, January 28, 2023, at the family residence in Smoaks.

To send flowers to the family or plant a tree in memory of Gene Ritter Lyons, please visit our floral store. 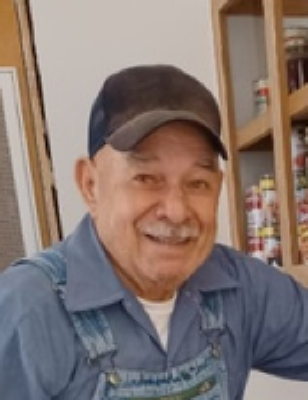 Family and friends are coming together online to create a special keepsake. Every memory left on the online obituary will be automatically included in the book.

You can still show your support by sending flowers directly to the family, or by planting a memorial tree in the memory of Gene Ritter Lyons
SHARE OBITUARY
© 2023 Brice W. Herndon and Sons Funeral Home. All Rights Reserved. Funeral Home website by CFS & TA | Terms of Use | Privacy Policy | Accessibility